Home History The Wilmington Insurrection of 1898!

The unfortunate episode of the Wilmington insurrection in 1898 was nothing more than an ugly truth, consciously wiped out from American history. Ironically, this is a story of the American elections of 1898, yet there is nothing in the books for us to fathom. For the longest time, people had no clue about what happened during these elections. The vicious reality was never to be discussed as if the event’s happenings were taboo for the world to know.

The story sets its ground on the harsh veracity of white oppression. Where North Carolina was home to a decent number of African Americans, their position and stance in the state were never considered significant enough.

Being the state’s largest city at that time, Wilmington was home to several successful black entrepreneurs, professors, doctors, etc. With a surprisingly large representation in Wilmington, black elected officials soon entered the state’s political affairs and unknowingly posed a threat to white supremacy.

During the late 19th century, two major parties were competing against each other in the elections of 1898; the Democrats and the Republicans. Another smaller group called the Populist Party represented aggravated white farmers, tired of the flaring taxes and unbearable economy of the state. The majority of the African Americans were voting for the Republican Party.

Still, it wasn’t till the Populist Party joined hands with them that the Democrats started to sense some trouble. Stuck in the same old white supremacy mindset, the democrats were too naïve to realize what had hit them. The newly formed “Fusion Party” won a sweeping victory, and that is when things started to heat up.

For the first time in history, black and white politicians managed the state’s political affairs with a newly elected governor. This wasn’t only a failure in the eyes of the democrats; it was straight-up humiliating. Being ruled under black men was something they weren’t going to accept that easily and subsequently decided to create unnecessary chaos within the state. Even though most of the Fusion Party’s elected officials were white, the Democrats intended to break them apart and create resentment.

Statements like, “This is a white man’s country, and white men must control and govern it” were seen in the Democratic Hand Book. To create further misunderstandings, they used the media channels to post discourteous content about the African Americans with outrageous headlines and disturbing, racist comics about the threatening Negro rule and domination. It was all over the newspapers, and the public was made perfectly aware of their foolish scheme; Black could not rule over White. 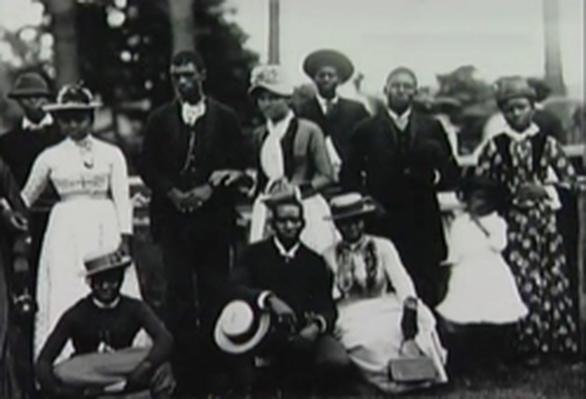 The coins flipped when the Democrats brought their white women into the spotlight. White women being threatened by Negro rapists became their main subject of concern. As sensitive as the topic was, it was highlighted everywhere without hesitation. This created a sense of fear in the minds of white men and women who were now deeply concerned about the protection of their womanhood.

It wasn’t long till their harsh statements were met with a reply in The Daily Record by the famous Black Wilmington Politician, Alexander Manly, who also happened to be the owner of the newspaper company. The man responded with a simple observation that most white women willingly chose to be with black men.

In other words, black men were perfectly decent and capable of attracting white women. Once again, the truth was molded by the Democrats who labeled Alexander Manly as an uncivilized and indecent leader who had committed a heinous crime. It was beyond them to consider his statements trustworthy.

Struck with disbelief at the turn of events, Wilmington’s black population started to face unimaginable oppression at the hands of white men. By the time of the next election rolls, black voters were utterly robbed of their fundamental human rights to vote. The Democrats had successfully won every seat up for election and were now aiming for their ultimate goal of complete white supremacy.

They had made their intentions pretty clear with the statement, “We will no longer be ruled and will never again be ruled by men of African Origin.”

Alexander Manly was threatened to leave the city immediately, and every single black politician was forced out of the government. A matter that could’ve been resolved at ease was violently overthrown by the perpetrators who refused to accept black representation in the state. The Daily Record building, which was the only source of authentic information for the African Americans, was burned to the ground. Black lives were manhandled, dumped in the river, and eventually forced to flee.

The saddest part of it all was how the unfortunate reality was misinterpreted by the white supremacies. The newspapers printed a false image of the African Americans and depicted them as monsters with guns. The day of the elections was marked as a celebration of victory. Curtains were drawn, and at the end of the day, the helpless black men were left to shame with nothing more.

The strangest thing about history is the mere existence of more than one side to a story. Whenever we talk about a prominent historical event, we tend to forget the unvoiced opinions of the people on the other side. More often than never, our thoughts and opinions are based on what we are told to perceive by others before us.

The Wilmington Insurrection was the perfect example of how the truth was molded into the complete opposite of what actually happened. We were restricted to a certain mindset, which never allowed us to think otherwise. As miserable as it sounds, that is, in fact, the bitter reality.

Jeanne de Clisson: A LEGEND, THE LIONNESS OF BRITANNY.

Vikings: History and Dominance in the present world.

Musa : The richest man to walk on earth!