Yes, you read that right. This woodlot is the most popular destination for suicides in Japan.

Aokigahara forest decorates the foot of Mount Fuji with its sheer beauty and tranquility. Most people walk in here with no intention of walking out. With one of the highest suicide rates in the world, Japan inhabits this spooky forest. This eerie wildwood is no place for a stroll. A sense of isolation is felt here due to the quietness of the woods. The Japanese government decided to stop releasing the number of corpses discovered to lessen the number of visitors.

The horrific past of this woods made it the fittest location for the horror movie THE FOREST. Known as the SEA OF TREES or JUKAI, this forest is loaded with foliage. More than 100 dead bodies are found lying in the woods every year. Many corpses go undiscovered or are forever lost due to the richness of flora in the woods.

Post Mount Fuji’s massive eruption in 1864, Aokigahara spreads to 13.5 miles in dried lava form. A magnificent scene is beheld at the foot of the mountains as the trees remain lush all year round. Aokigahara inhabits the most unusual trees with twisted roots and extreme denseness.

The minimal wildlife makes it a magnet for tourism and paranormal enthusiasts who believe this place to be the most haunted spot on the planet. Unfortunately, the topmost reason why people tour this stunning forest is not for its appearance or the caves but because it is recognized as the number 1 spot in the world to commit suicide. Apart from being known for its lethal allure, this holt has a distinctive lava plateau, 300-year-old trees, and the captivating Narusawa ice cave. 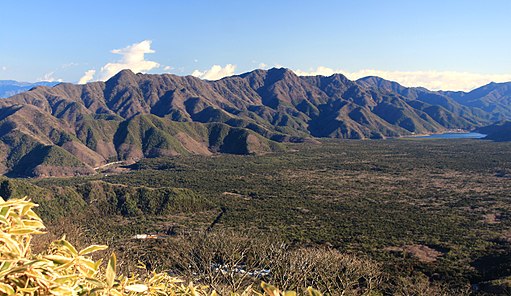 Various signs in the woods encourage people with suicidal thoughts to stop and think about their families and friends. These messages urge visitors to talk about their problems and even offer suicide prevention numbers to dial, but most of them don’t even look towards it as they visit just to explore the unusual beauty of the forest.

The forest has specific safe paths for travelers, but some intend to explore the hidden depths of the forest and venture away from the path. Colored tapes or ribbons are fastened between the trees by these travelers to mark their way back if they decide against it as the magnetic ion found in the volcanic soil disrupts the GPS, mobile phones, and even compasses deep into the forests.

This is even used by people who go in with suicidal thoughts but are unsure about their decision. A geologist named Azusa Hayano has been studying this forest for the past two decades and states that “If you follow the tape, you’ll most likely find something at the end of it.” Various belongings of people who camped but decided not to take their lives or those who ended their lives without any hesitation are found. Different gloomy sights are witnessed- abandoned cars in the parking, empty bottles of pills, nooses hanging from trees, etc.

Due to the great frequency of deaths, regular search for dead bodies is conducted by the authorities. The most common method used is either hanging or overdose of sleeping tablets. The exact number of corpses can never be confirmed as some bodies are not found for years and some are just lost!

Why and who are traveling here to end their lives?

Most of these people are Japanese businessmen ranging between 40 and 50. The most significant number of deaths is witnessed in March, the end of the financial year. The realization of financial struggles seems to be the most likely reason for suicides. Most of them travel from far off distances just to commit suicide!

Apart from so many forests, why is Aokigahara the chosen one?

A couple of reasons are supporting this fact.

Back in the 1960s, a Japanese author named Seicho Matsumoto published a book called “Black Sea of Trees,” which ends with two lovers ending their lives in the Aokigahara forest. His work is believed to be so influential in this novel that people traveled to this forest to imitate the suicide mentioned in the story.

Another controversial book named “The Complete Suicide Manual” was out in 1993 which glorified Aokigahara as the best place to hang oneself.

Some people discredit the above theories but the discovery of these books with the belongings of few people shows how influential these texts were.

Besides being highly associated with suicides in the last few decades, Aokigahara has had a long story of deaths as well. During the early 19th century, the elderly members of the families were abandoned in this forest by the Japanese during periods of famine to lessen the number of mouths to be fed. They would never find their way out of the woods and ultimately died out of starvation. This form of senicide was known as OBASUTE OR OYASUTE.

Widely reported are the sightings of white spirits in and around this spooky sea of trees. Japanese spiritualists believe that the corpses of the dead have also contaminated the soil and the trees. The Japanese folklore talks about Yurei that are results of unnatural or violent death.

These are believed to haunt the forest, encourage visitors to venture away from their paths, and provoke people to end their lives. It is now clear as to why Aokigahara is one of the scariest and most haunted places on the earth. If you plan to go in, never drift away from your path as it can become nearly impossible to come out.

The regular workers of the forest are even delegated with removing bodies after they have been discovered by the police. These bodies are stored in a special room in the village exclusively used to house suicide corpses.

Recent predictions of the scientists talk about how the forest may be wiped out as a result of natural processes as it is likely the Mount Fuji will erupt sometime in the coming years. This foresight is based on the high level of pressure contained in Fuji’s magma chambers along with the rising water level of Saiko (one of the Fuji Five Lakes).

Though being a solution to the suicide problem, this is not what the locals would ever want. If we go with the predictions, this magnanimous forest will lose all its trees in a few years. However, we will never forget about the people who took their lives in the woods as their memories will live forever.

This forest gained International attention in 2018 after a famous YouTuber named Logan Paul filmed a suicide victim’s body and broadcasted it on his channel.

However, Japan celebrates a culture of suicides not as an excuse to end the modern-day sufferings but as an honorable act performed by samurais. This unusual ritual is known as Harakiri. We all know about the Kamikaze pilots who, in World War II, initiated various suicidal crashes as death was more glorified than any defeat or capture.

Thoughts of suicide must never even cross our minds. The ones struggling with these thoughts must always speak to their family and seek help. You think you die alone, but that’s not true. We coexist and we must take care of each other.

The Mysterious Chamber of Treasure guarded by Serpents!

Do Aliens Exist?? Five reasons that prove their existence